Black Pudding on Socca with Apple and Parsnip Mash

March 23, 2011
By the end of winter I feel as if I’ve eaten several lorry-loads of parsnips since Christmas and I’m looking around for something different to do with them. This recipe is based on one way I saw them being cooked in France, although I've complicated the dish quite a bit. I've often heard British people say that the French don't use or even know about parsnips – in fact I heard Mr H Fearnley-Whittingstall say something to that effect on the telly not so long ago. That might have been true once upon a time but parsnips turn up in a large number of French recipes and restaurants these days.

This dish is very straightforward, but you have to start a few hours before you want to eat in order to allow time for the socca batter to rest. Of course, if you happen to have a wood-fired oven sitting around doing nothing, then feel free to cook the socca in that.

I intended this dish to be a starter for two but I've just found out (by eating it) that it makes a good lunch dish as well. 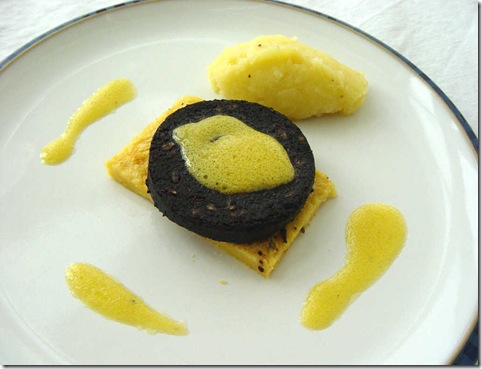 For the socca, sift the chickpea flour into a bowl to get rid of any lumps, sprinkle the salt over it and then add the water in a steady stream while whisking until you get a thin, smooth batter. Cover the bowl and leave it alone at room temperature while you go and do something useful or interesting. An hour’s resting will do but three is better. (Some say leave it longer, but I don’t think that helps).

While the batter is resting, you can prepare the vinaigrette and mash. For the vinaigrette, simply put all the ingredients in a jar and shake it. For the mash, steam the parsnips and apple until soft – about ten minutes should be enough. Then mash the parsnip and apple together, season and add a knob of butter. (If you’re trying to impress, then push the mash through a sieve to ensure it’s really smooth.)

Once the resting time is complete, pour the olive oil for the socca into a 21cm square roasting tin and heat it in the oven at 200°C for 5 minutes. In the meantime, stir the fennel seeds and black pepper into the socca batter. Once the oil is nice and hot, remove the tin from the oven, quickly pour in the socca batter and put it back in the oven for around 15 minutes. The socca is done when it starts to look relatively stable and begins to brown round the edges. Remove from the oven and allow it to cool in the tin for a few minutes. It’s pretty much inevitable that the socca will break up when you remove it from the tin, but the amount given here should give you plenty to allow for breakages. Simply take two biggish chunks and neaten them up with a sharp knife. Or you could just not bother and go for a rustic, falling-apart look.

When the socca is nearing the end of its cooking time, fry the slices of black pudding in a small amount of oil. Reheat the parsnip mash.

Place the slices of socca onto warmed plates, top with a slice of black pudding, place a neat dollop of mash alongside and adorn the top of the black pudding with a little of the vinaigrette. Finish with a few cheffy drops and drizzles of vinaigrette around the plate. 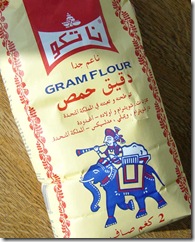