June 16, 2011
For the second Belleau Kitchen random recipe challenge in a row I have a very traditional sort of British pudding to offer. I'm not always convinced about this kind of dish, but I have to admit that this one is truly delicious (in an old-fashioned sort of way), as well as deeply comforting. I suspect it could even be dangerously addictive.

I've gone back to a book that I've talked about before - The Constance Spry Cookery Book, published in the fifties but given to me fairly recently by my father-in-law. (The book is actually by Constance Spry and Rosemary Hume and the latter was the real, Paris-trained cook.)

I'm very happy to revisit this book; it's a gloriously odd relic of the genteel days of country houses and luncheon baskets on trains. But the book also has a huge number of good recipes that owe nothing to fashion. In fact there are some recipes in here which in recent years have turned up with very few changes in books by celebrity chefs. 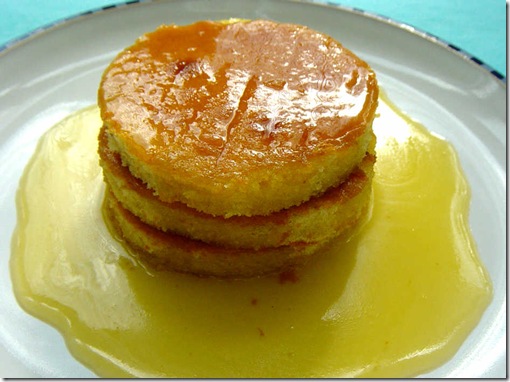 Anyway, choosing at random, I came up with Ard Daraich Sponge Pudding. This is a sort of layered castle pudding with a very sweet, lemony sauce. Having played around with this recipe I must confess that I've adapted it a little and I've also translated it from 1950's English – you wouldn't want me to give measurements in gills, after all.
Ard Daraich, by the way, was Constance Spry’s holiday home on the shores of Loch Linnhe with views over to Ben Nevis. The house is now a Bed and Breakfast it would appear. 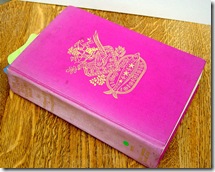 Preheat the oven to 190°C. Butter three 18 cm sandwich tins. (If you don't have three tins, then cooking in more than one batch should work just fine).

Cream the butter, add the sugar and cream the two together thoroughly. (A stand mixer or passing servant would make this job easier). Beat in the eggs one at a time. Stir in the flour and, finally, the milk.

Split the mixture between the tins and bake for around 12 –15 minutes. When cooked the sponges should be lightly browned on top and a knife point should come out clean. Take care to avoid overcooking them or they'll be too dry. They won't rise much, but that’s as it should be. Remove from the tins and leave to cool.

Make the sauce by melting the butter in a small saucepan with the sugar, stirring a lot to combine them fully. Add the syrup, water and lemon juice and boil the sauce for 5 minutes. (This sauce is very adaptable and you could increase the amount of lemon juice, add lemon zest or add some liqueur of your choice.)

The original recipe calls for the sponges to be kept whole, but I felt I was in danger of eating the entire pudding, so I cut out some shapes for smaller, more restrained puddings. Either way, a sponge should be placed browned side up on a dish and a portion of the hot sauce should be poured over. Top with another sponge and repeat the sauce. Finally do the same with the third layer. If there's an inadequate puddle of sauce around the sponge tower, then add some more. 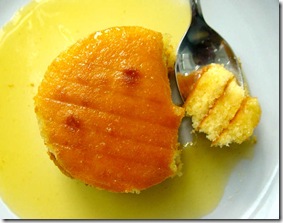