December 19, 2011
It all started with French sweeties.

Bêtises de Cambrai are one of the best-known French sweets and, let’s face it, they’re essentially boiled sweets. Nothing wrong with that, of course, but when I was wandering around in the vicinity of Cambrai I was slightly surprised (and not in a particularly good way) to see them being used in various forms of patisserie and dessert. A while later, I read Jean-Christophe Novelli suggesting that British glacier mints were simply the equivalent of the famous bêtises and could be used in the same way. Well, for some unimaginable reason, I couldn’t resist. So with sincere thanks to M Novelli, here’s how to add an ice queen and possibly slightly silly effect to your desserts and ice creams at this festive time. 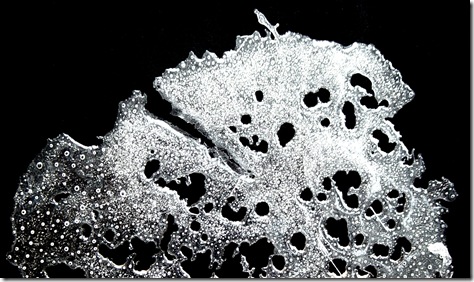 Buy some glacier mints (the ones with the polar bear on them are ideal, but pretty much any boiled sweet will do). Unwrap some of them (it’s probably not worth trying to use less than 15 or so) and drop them into a sturdy blender. Pulverise them until they resemble quite a fine powder. Spread a thin layer of the powder onto an oven tray covered with silicone or non-stick baking paper. If you want to be clever you can form them into shapes with a template cut out of silicone but if you want a random, icy effect then don’t be too precise.

Put the tray into an oven at 170°C and leave it there until the powdery residue melts – this will only take 2 or 3 minutes. If you want it to be neat, then take the tray out as soon as the sweets melt, but let them bubble up a little bit for a more random, holey effect. Take them out of the oven and let the tuiles cool completely on the tray. Once cool, lift the tuiles off as carefully as you can and break into suitably sized shards. If you’re not using them straightaway, they’ll store quite happily in an airtight container for a while. 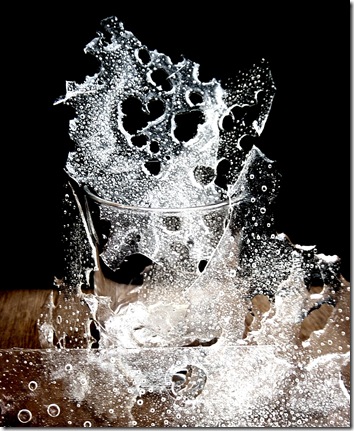 Actually the above “recipe” was largely an excuse for my annual bit of indulgent, self-regarding nonsense: The Best Music I’ve Listened To While Cooking This Year. I could have chosen the Decemberists, Ryan Adams, Steve Tilston or, to mark his passing, Bert Jansch. But, in  the last year, the most enjoyable music in my kitchen has been the pure, joyous pop of the Silver Seas.

Oh and a special mention for Michael Franks, not only for delivering the most laidback album of the year, but also for managing to rhyme “squirrel” with “intramural”.


And finally, two fine bands that I’d not been aware of before this year. From Reading, Pete and the Pirates.
And for the especially chilled (and maybe, melancholy) moments and desserts, from Newcastle, Lanterns On The Lake.

Now I really must get back to some cooking.
Dessert