Véritables Macarons de Somewhere or Other

January 13, 2013
If you're unlucky enough to have been reading this blog for a while then you might have noticed a certain obsession with French baking and you can’t wander through the world of French baking for too long without falling over a macaron. Everyone must be familiar with the modern macaron, beloved of fine patisseries everywhere, but there are more traditional versions of the almond cakes which turn up in various places around France. Amiens, Reims, St Emilion, St Jean de Luz, Montmorillon, Cormery, Melun, Niort and Nancy all have their own versions and that’s just the ones I can think of for the moment.

I feel an urge to include a few random facts at this point  (sorry, I can be really annoying sometimes):
That’s enough facts for now – I'm getting a headache. 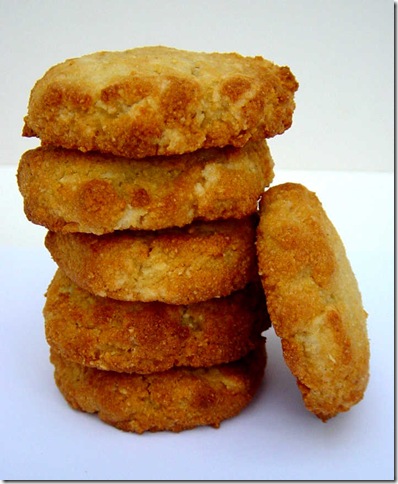 There are plenty of macaron (or macaroon) recipes around and I hesitate to add another to the pile but I'm going to anyway. This recipe is my general purpose traditional French macaron recipe. It's a really simple version that, shall we say, evokes the spirit rather than tries to be exactly like any of those I've mentioned. Let’s pretend that this recipe is closest to the St Jean de Luz version, even though that’s almost certainly not true, because it does give me an excuse to include a picture of that pretty little town and imagine I'm there rather than here in the cold murkiness of an English winter. Incidentally, I have been known to bake a vaguely authentic version of the macarons from Amiens and I promise to post that recipe as well before too long. 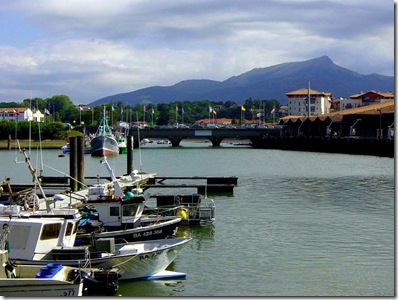 These macarons keep pretty well and, I think, actually improve with a day or so of sitting in an airtight tin. Depending on how big you make them, this will produce between 20 and 25 macarons. They go really well with strong coffee.

Preheat the oven to 160°C. Cover a couple of baking trays with silicone sheets or non-stick paper.

Whisk the egg whites to the soft peak stage. Gently stir in the sugar, followed by the ground almonds. Mix the vanilla and almond extract into the honey and, again, gently stir into the mixture.

Place spoonfuls of the mixture onto the prepared baking trays. Shape them into rounds and flatten the tops a little. You can vary the size but I reckon that something like a tablespoon of mixture per macaron is about right for a decent bite or two.

Bake for 10 – 15 minutes. The macarons should be relatively lightly cooked – a golden brown but not a dark brown. Leave on the trays to cool for at least 10 minutes before transferring to a cooling rack. Store in an airtight container once cold.
Almonds Cake France Honey