October 11, 2010
With a chill in the air and a sky full of grey clouds, I was thinking about autumnal dishes. Then the sun came out, the temperature shot up and I forgot about the English autumn and found myself thinking about south-west France instead (I tend to do that every so often, I have to admit).
As a result, I came up with this French-inspired dish. Perhaps I should be calling it Hachis Parmentier au Canard or something like that, but given my endless struggles with the French language, maybe it's best that I don't.

This should serve 3 people unless any of them are as greedy as me, in which case it will comfortably serve 2.

Soak the dried mushrooms in 250 ml of boiling water for 20 minutes, then drain them, reserving the soaking water. Chop the soaked mushrooms and set aside.

Fry the duck legs in a little oil until golden all over – hopefully this will get a lot of the fat out of them. Add the onion and cook it gently until softened - about ten minutes should do it.

Pour off most of the fat from the pan and add the crushed garlic and balsamic vinegar. (If you really wanted to be southern French, you could use vinaigre de Banyuls instead – I'd be really impressed if you did). Turn the heat up a little and keep stirring until most of the vinegar has gone, then add the armagnac. Again, wait until the armagnac has almost disappeared, then add the wine and mushroom soaking water. Bring to the boil, add the herbs and some seasoning and reduce to a simmer.

Meanwhile, in another pan, fry the lardons in a trace of oil and, as they begin to release their fat, add the chestnut mushrooms and fry for 5 more minutes. Add the soaked, formerly dried, mushrooms and stir around for a minute or so before adding all of the mushroom mix to the pan with the duck. Continue cooking the duck uncovered until it is tender but hasn't dried out – about 30 – 40 minutes in total of gentle cooking should be about right. Add the prunes to the pan for the last five minutes or so of cooking.

Remove the cooked duck from the pan and set aside to cool a little. It shouldn't be necessary to thicken the liquid left in the pan at all, but if it's dried up and looks on the solid side, then add a little water.

Cook the potatoes by boiling or steaming them until very tender. Mash them thoroughly and stir in the walnuts, butter and plenty of seasoning. Finally, stir in the walnut oil a little at a time until the mash is smooth and cohesive but don't add so much that it becomes greasy.

Discard the duck skin, chop the flesh into small (or smallish) pieces and stir them back into the duck cooking liquor. Spread the duck mix over the base of a pie dish or individual large ramekins and spread the walnut mash over the top. Rough the top of the potato up a little with a fork. You can chill the dish at this point until you're ready to eat.

Reheat by dotting the top with a few morsels of butter and putting in an oven at 180°C until thoroughly hot – about half an hour should do for a single pie. 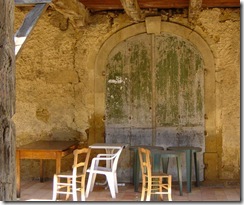