July 18, 2011
I recently promised that I’d post a low-fat frozen yogurt recipe, so here goes. On a warm summer’s day when the need for cooling refreshment comes upon me like a thing that comes upon you, then that’s the time that I want something made with limes. I’ve recently seen a number of ices that combine lime with basil and I’m happy to confirm that it’s a combination that works. If you have an ice-cream maker, then this recipe is really simple but very refreshing.

But first, a short digression on basil. There’s a temptation when writing down recipes to say something like “add two or three leaves of basil”. Well this year I've been growing Neapolitan basil and the leaves are huge as the following picture of an average-sized leaf reveals. 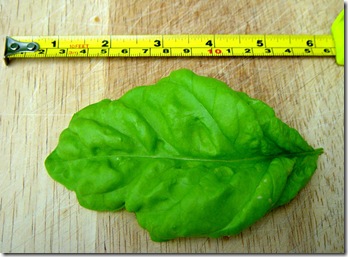 I’ll never specify the number of basil leaves in a recipe again (probably). 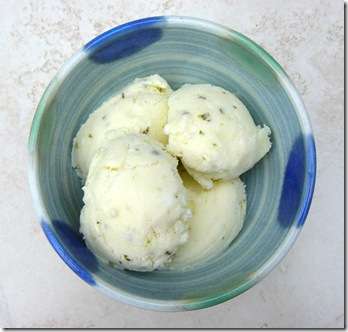 Whisk all the ingredients together thoroughly. Chill the mixture in the fridge for half and hour or so before pouring into the ice-cream maker and allowing it to churn for the recommended time. 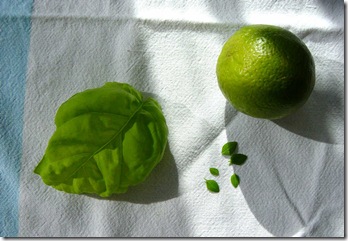 I was hoping to enjoy this frozen yogurt quietly in the garden. Sadly there were a large group of  parakeets re-enacting the major battles of the English civil war in the surrounding gardens (thanks a lot, Jimi *) and then it started to rain. So I came inside and listened to this instead – to me it just sounds exactly like summer ought to be.


* – There is an urban myth (at least, I assume it’s a myth) that Jimi Hendrix released the first parakeets from an aviary back in the sixties. They are now one of the commonest and certainly the noisiest birds in Surrey.
Basil Ices Lime