Showing posts from September, 2013
Show All

Sand Cake with a Drizzle Topping 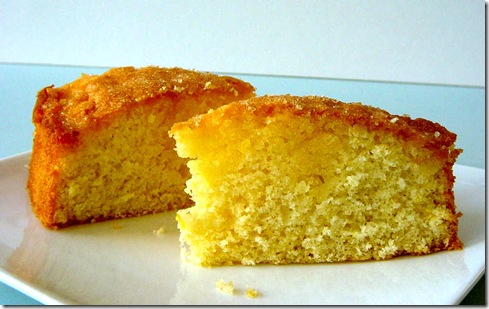 Sand cakes have been around in England for a very long time but they don’t seem to turn up all that often these days, unless I'm missing them somehow. In fact, various types of sand cakes seem to surface more frequently in other parts of the world such as Australia. The cakes don’t have sand in them, honest. They’re made largely with potato flour or cornflour (or cornstarch as it’s known in some parts of the world), which gives them a light and crumbly texture – a ‘sandy’ texture, I suppose. It’s a shame that they’re not better known because they’re beautifully light, very easy to make and they taste a lot better than sand. Traditionally the cakes are associated primarily with Leicestershire, although in my head they’re forever associated with Ironbridge in Shropshire because that’s where I first came across the cake in a small, old-fashioned tea shop quite a few years ago. Many of the traditional recipes call for the cake to be iced with a light, usually lemon, icing but I'
19 comments
Read more
More posts