Showing posts from November, 2016
Show All

South London Goulash Or How We Survived The 1970s 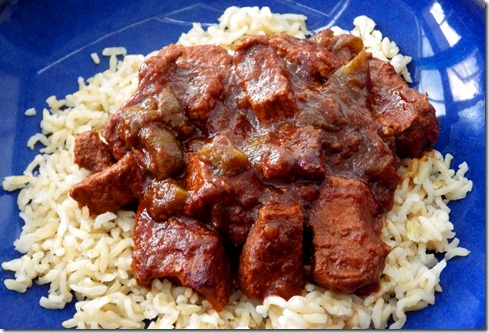 Earlier this year I saw Rick Stein on TV making some goulash (or was it gulasch?). He said that his Viennese style version reminded him of the classic dish that was so common in the UK back in the 1970s and 80s. A few days later I had a strange, vivid dream that I was back in the 1970s and eating endless bowls of goulash. In fact, that probably wasn't such a strange dream. There were  endless bowls of goulash back then. Pretty much everyone that I knew in the late 70s seemed to cook goulash as often as possible. Mr Stein's version wasn't quite the dish that I remember, though, and I felt compelled to try to recreate the one in my head. This is my attempt and it comes close. It's actually a bit lighter than the 1970s dishes and I don't think we'd heard of smoked paprika back then but I couldn't resist adding just a little.  Mr Stein also avoids green peppers in his recipe but I seem to recall that they were definitely part of the South London version. I r
5 comments
Read more
More posts