July 05, 2017
When I first came across visitandines I imagined that the name came from the fact that they were the perfect little cakes to take on a visit. That just proves how dumb I can be. In fact the cakes were first produced by nuns of the Ordre de la Visitation which was founded in the 17th century in Annecy. I have to admit that my knowledge of nuns is sketchy to say the least. 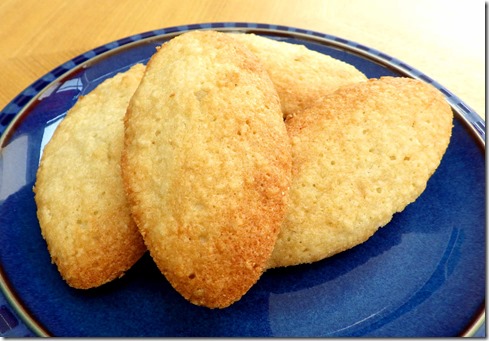 Visitandines are commonly baked in barquette moulds but small, round muffin tins will work very well and may even be more traditional. This will make around 12 cakes, depending on the size of the tins. They keep well in an airtight container.

Mix together the flour, sugar, ground almonds and lemon zest in a bowl. Stir in the very soft (and I do mean very soft) butter thoroughly. Don't beat the mixture so much that the almonds become oily, though.

Spoon into the tins and bake for about 15 minutes or until a knife blade come out clean and the cakes have taken on a little colour. 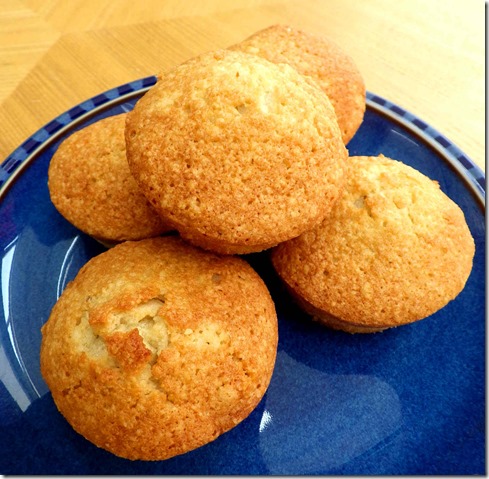 Funnily enough visitandines are very good for taking on a visit (or a picnic or country walk) and piety is entirely optional.