May 17, 2018
Fallue isn't an obscure Shakespearean character, it's actually one of the types of brioche that you might come across in Normandy. It's less sweet than some and uses crème fraîche instead of some of the usual butter. I promised to get around to posting this recipe when I said it was the chosen partner for teurgoule, although you really don't have to make a teurgoule to enjoy this bread.

I know that all good food bloggers should spend many happy hours mixing and kneading their bread by hand and that would be nice but I honestly don't have the time. I use a bread machine to prepare this dough and I don't care who knows it. Of course, you can make the dough in a much more traditional way if you wish. Unlike some brioche recipes, this is very simple to put together and even simpler if you use a machine. 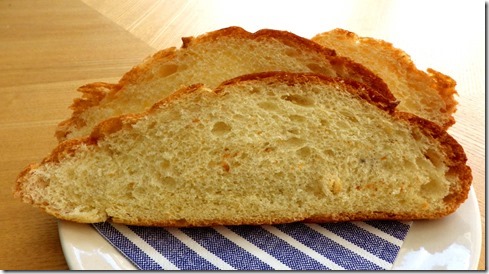 I'm not claiming that this is an authentic fallue but it is based on some genuine Normandy recipes that I've had ferreted away for some time and that I've adapted a little for machine preparation. Fallue is usually embellished by snipping around the top of the risen loaf with scissors just before baking. This creates a sort of crown on top of the loaf. I must admit that I only make a token effort at doing this because I usually slice brioche or fallue as soon as they're cool which means that nobody's going to notice.

This will make 1 large (and I do mean large) loaf but it's a size that suits my bread machine and keeps my freezer stocked up. I use a Panasonic bread machine and add the ingredients in the order given below. Other bread machines recommend that liquids should be added first, so check the instructions for yours.

At the risk of being even duller than usual, I think a couple of notes on the ingredients might be useful.

The flour - I used a French T65 bread flour for this recipe although I know that some bakers prefer T55 for this kind of loaf. You can buy T65 flour in the UK but any strong bread flour will do the job, although you might need to add a little milk if the flour you use is very absorbent. If you do use a French flour then you may find the bread won't keep fresh for as long, so freeze any slices that you can't eat reasonably quickly.

The crème fraîche - This needs to be thick but pourable and a full fat version would be best. Where I live in the south of England there's quite a wide choice of types of crème fraîche but I know that's not the case everywhere. Very fresh crème fraîche is often used for baking in Normandy and that really isn't particularly sour so it's probably best to avoid using sour cream as a substitute. It would be better to use a pourable, double (or heavy) cream in this recipe if you can't find suitable crème fraîche. 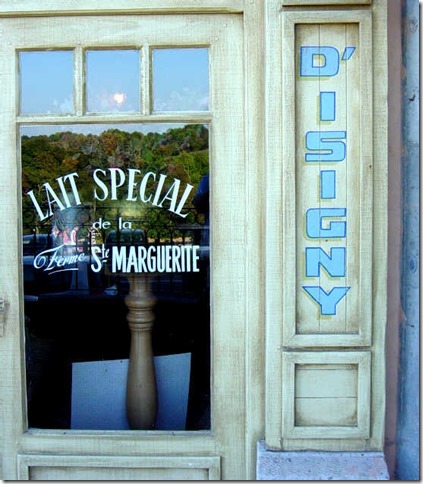 Add all the ingredients (except the extra egg used for the glaze) to your bread machine in the order given unless your instructions tell you to add liquids first, in which case reverse the order (see above). Set the machine to work on a standard dough program, which will probably take somewhere around 2 or 2½ hours.

Once the program has finished, turn the dough out onto a floured surface and knock back to deflate it. (The dough will be quite sticky, but don't worry, that's normal). Gently form the dough into a sausage-shaped loaf of around 30 - 33 cm in length and place onto a lined baking sheet.  Put the dough somewhere warm and let it rise again for between one and two hours until it's roughly doubled in size.

Preheat the oven to 180⁰C. If you want to create the “crown” then snip around the top of the fallue with kitchen scissors to make a ring of spikes. (This is much the same process as creating the spikes on hedgehog bread, if you've ever tried that). Make an egg wash by mixing the remaining egg with a little water and use it to brush the top of the fallue. Bake for around 25 minutes until the fallue is golden on top and sounds nicely hollow when tapped. (Be gentle when testing because the crust is not very robust while hot). Transfer to a wire rack to cool.

Slice and serve with teurgoule if you're feeling authentic or just enjoy some slices as part of a lazy breakfast with butter (from Normandy, if possible) and plenty of jam.