October 13, 2020
La ficelle is a local speciality in the Baie de Somme area, although it's not immediately obvious what's local about it. Like many of the dishes from that region it's definitely rich and filling (as well as delicious) but, let's face it, it could be made anywhere. It seems that la ficelle Picarde was actually invented in Amiens in the 1950s by a chef trying to outdo his rivals in a contest to produce a dish for a banquet. (If you're familiar with the Great British Menu TV series then this idea will sound strangely familiar). La ficelle really caught on and has never disappeared from local menus.

This is the sort of food that fortifies you for cold winter days or just gives you that sense of being thoroughly fed that we all need now and then. 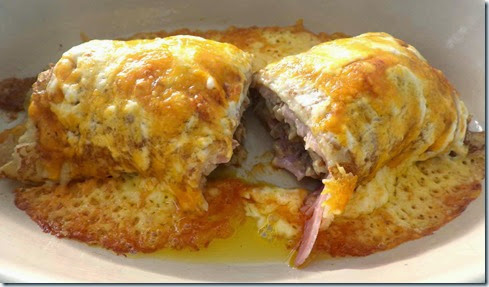 I know that some cooks in the Picardy region like to use a little beer in their crêpe recipe but, apart from that, there's nothing special or different about the crêpes used for the ficelles and you can use any recipe for unsweetened crêpes that you fancy. I've given a basic recipe here using just about the smallest amounts reasonably possible.

This will make 2 ficelles (with a bit of extra crêpe mix left over)  and that's probably enough for a generous starter or lunch dish for 2 people.

For the crêpes:
70 g plain flour
A pinch of salt
1 egg, lightly beaten
15 g butter, melted - plus a little extra to cook the crêpes
150 ml milk or a mixture of milk and a little water or beer
For the filling:
1 large or 2 small shallots
120 g button or chestnut mushrooms
1 generous tbsp crème fraîche
2 slices (not too thick) of ham
For the topping:
25 g farmhouse Red Leicester or Gruyère cheese (Gruyère is the authentic choice but Red Leicester works really well)
4 - 5 tbsp crème fraîche

First make the batter for the crêpes. Put the flour and salt into a bowl and make a well in the centre. Add the egg and the melted butter and stir in gently. Gradually stir in the milk (or milk mixture) until you get a consistency something like single cream. Put in the fridge while you make the filling for the crêpe. (Alternatively, if you're feeling a bit less traditional, you can just add the crêpe ingredients to a blender and whiz them together).

The filling consists essentially of a mushroom duxelle. Peel and finely chop the shallot then fry it very gently in a little butter for at least 15 minutes. Meanwhile, chop the mushrooms very finely. Add these to the pan and continue frying gently for at least another 10 minutes. Take the pan off the heat, season generously and stir in the crème fraîche. Set aside.

Now make the crêpes. Use a suitably sized, non-stick pan which will give you a crêpe a little larger than your slices of ham - I used a pan of 25 cm diameter. Heat the pan and coat it with a small amount of butter. (Many cooks don't add butter to the pan, but that always makes me too nervous). Add just enough batter to cover the bottom of the pan when rocked from side to side. When you see bubbles on the surface, flip the crêpe over and briefly cook the other side. Put the finished crêpes aside.

Butter the base of one or two gratin dishes. I used a separate dish for each crêpe but you could put them in the same dish if you prefer. Spread out a crêpe on a flat surface and lay a slice of ham on top of it (the ham should be a little smaller than the crêpe). Form half of the mushroom mixture into a sausage shape on top of the ham - don't go right to the edge of the crêpe. At either end of the mushroom ‘sausage’ fold the edges of the crêpe over a little, then roll it up. Roll tightly enough to ensure that there are no large air gaps, but not so tightly that the filling is forced out. (This might sound fiddly but it's not really: just roll up the crêpe in pretty much the same way that you'd roll up a lunchtime wrap). Place the rolled crêpe in the gratin dish. Repeat with the other crêpe.

Spread the crème fraîche over the top of the crêpes and, finally, grate the cheese and sprinkle it over the crêpes. Either place under a preheated grill until the cheese is bubbling and taking on some colour or place in a hot oven at 220ºC for about 10 minutes.

Serve hot with some green salad. I think they look best served in individual gratin dishes straight from the grill or oven but if you do serve them that way remember to warn your guests (or victims) that they're likely to be very hot. 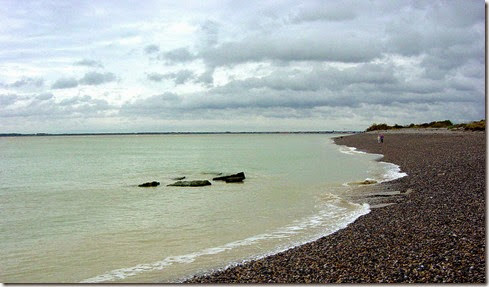