October 23, 2019
I've just been listening to someone on the radio wittering on about how terrible British restaurants were back in the 1960s and 70s. This version of history seems to be accepted as the official narrative today. I admit that many of the restaurants back then were pretty bad. In fact some of them were laughably awful such as the trendy restaurant that served only tinned food. But there were very good places to eat if you looked hard enough in the right places. I was lucky because the right places were often in London and that's where I happened to be living. If you headed for one of the simple trattorias scattered around town then you could get decent, straightforward Italian food at a reasonable price as well as encountering waiters with comically large pepper grinders.

There wasn't a huge choice of food in those bygone tratts but some options were very similar to what's on offer in restaurants today. For instance, I swear I had crushed avocado on toast in a little place in Soho in around 1979. On the other hand, there were some dishes that you rarely find on menus now. This recipe is one of those missing dishes and I was reminded of it when I came across a few very old, dogeared recipes that I'd collected back who knows when. I'm quite sure that this particular recipe dates back to the 1960s and I seem to remember eating very similar dishes whilst wearing flares in the 70s.

The original recipe was a little vague and so I might have tweaked it a little for my current tastes but when I ate it I felt as if I was back listening to Jonathan Richman singing about a Roadrunner or maybe the first Talking Heads album. More importantly, though, I started to wonder why we stopped cooking and eating this kind of dish. I know it's humble, simple and cheap but it tastes really good to me. 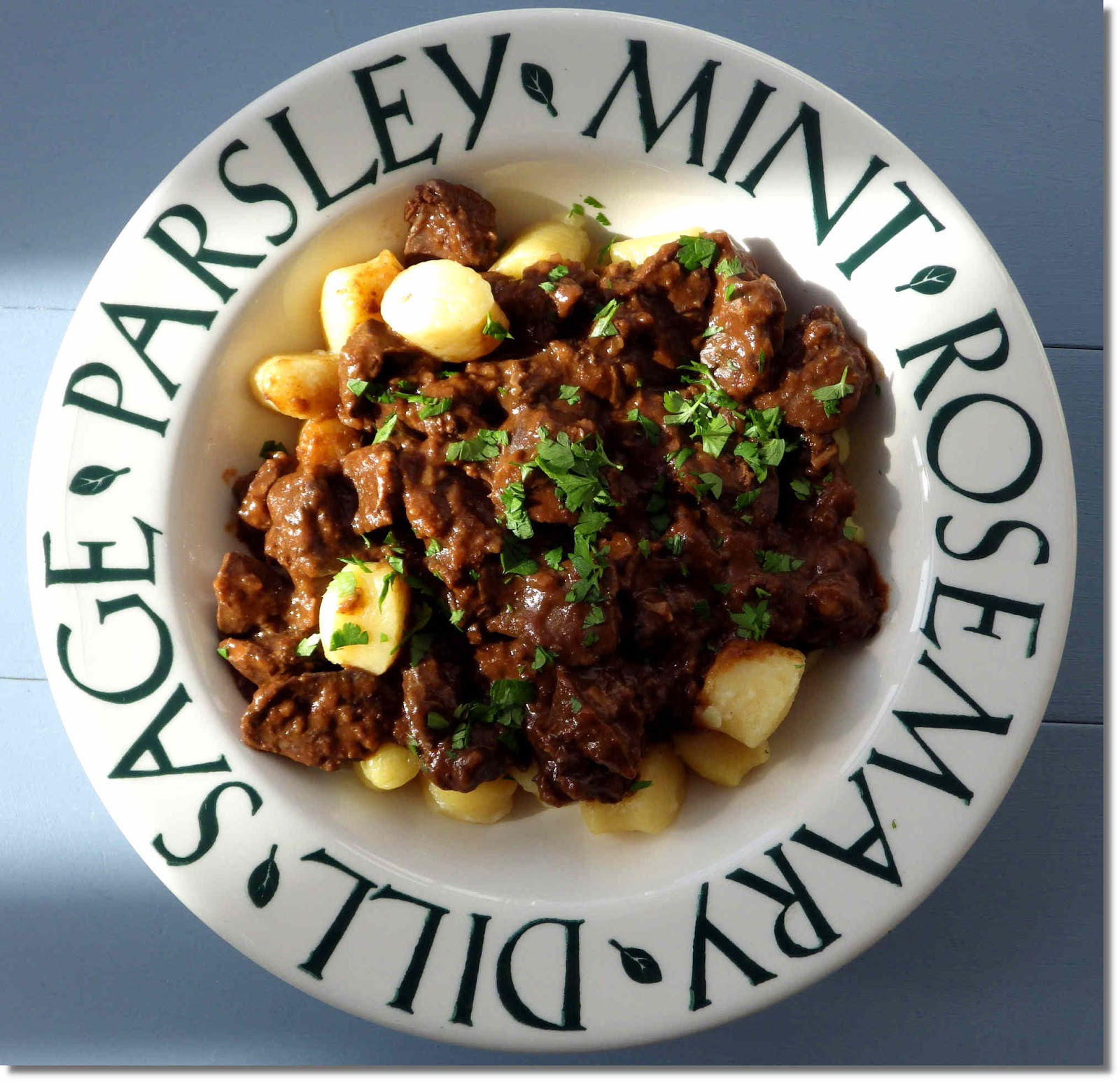 Personally I think this amount should serve 4 but it's the sort of sauce that I've seen served in big 1960 style portions in large bowls, in which case you might consider it a generous amount to serve 2. I like this paired with gnocchi but, in the spirit of the 1960s and 70s, you could use whatever pasta you happen to have in the cupboard. I know I just said that this was a cheap dish but using a good quality Marsala will make a real difference to the flavour. A Marsala revival must be long overdue.

Soak the porcini in hot water for 20 minutes (or whatever the pack recommends).

Cut out any sinews or other unpleasant looking bits from the chicken livers and chop them into smallish but not tiny pieces. Pat the livers with kitchen paper to dry them a little then coat them in the seasoned flour. Drain the porcini and reserve the soaking liquid. Chop the porcini quite finely.

Melt a small knob of butter in some olive oil and fry the livers fairly gently for about five minutes. Stir in the chopped porcini. Add the Marsala and red wine vinegar to the pan and cook, stirring now and then, for 5 minutes until the liquid has reduced to something close to a coating consistency.

Stir in the tomato purée then pour in the chicken stock and the reserved porcini soaking water. Sprinkle the thyme leaves around the pan, bring to simmering point, partially cover and let the mixture simmer for around 30 minutes, stirring every now and then. Keep an eye on the sauce to make sure it doesn’t dry out and add a little water or stock if need be. By the end of the simmering time the sauce should be suitably thickened and the chicken livers should be meltingly tender. Uncover and cook for a little longer if the sauce seems too thin.

To serve, cook your chosen pasta or gnocchi, check that the seasoning of the sauce is just right, combine the sauce and pasta and sprinkle with a little chopped parsley.