November 26, 2010
As I understand it, the classic lime pickle involves salting limes for some time, preferably leaving them in the sun during the process. Alternative, quicker versions cook the limes. For some reason the version I've developed both salts and cooks the limes. I'm probably just being awkward again. 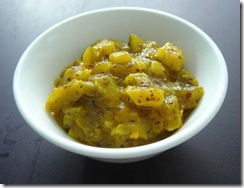 The first stage of salting the limes is broadly the same process that I use for preserved lemons and it may be worth adding a few more limes and some extra salt to the jar to give you some preserved limes for use in other dishes. Preserved limes can be used in a very similar way to preserved lemons but they add a distinctive edge which is all their own.

This recipe only makes 1 jar on the principle that a little really does go a long way, but it can easily be scaled up.

Wash and dry 4 of the limes and chop them into random smallish pieces. Assuming that the limes are a reasonable size this could be between 6 and 10 pieces per lime.

Pack quite tightly into a sterilised jar with the sea salt and add the juice of the fifth lime. Make sure that the lime pieces are covered in salt and juice – they will release more juice after a while in the salt. Seal and label the jar and put away in a cupboard at something like room temperature for at least 4 weeks. Try to remember to check after 24 hours to ensure that the limes really are covered with juice and salt. Add more juice if necessary.

After at least 4 weeks remove the limes from the jar and wipe off any excess salt. You're not going to get all the salt off but that's OK because this pickle is meant to be salty. The lime peel will have softened quite a bit by now. Chop the lime pieces into even smaller bits – it's a matter of taste just how small you want them.

Toast the black mustard and fennel seeds briefly in a dry frying pan, then bash them up a little in a pestle and mortar. Add the turmeric and chilli flakes to the seeds.

Put the limes and sugar into a non-reactive pan and add just enough water to cover them. Bring to the boil, stirring to dissolve the sugar and any salt left on the limes. Add the spicy seed mix and the vinegar and simmer for 5 – 10 minutes until the mixture has thickened somewhat. You should be able to leave a trail through to the bottom of the pan that doesn't instantly close when you drag a wooden spoon through it.

Let the mix cool a little before placing into a sterilised jar. 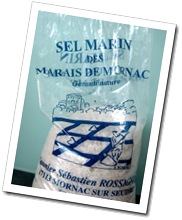 I used sea salt from Mornac-sur-Seudre on this occasion. This has absolutely no significance at all – I just wanted to add another picture to this post and, although I could have added a picture of salted limes, I'm afraid they're very dull to look at. 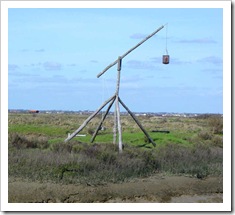