April 27, 2012
Ever since I picked out a modern interpretation of an Apicius pork dish in Dom’s first ever Random Recipe challenge (and that was quite a while ago now) I’ve been playing around with some of the other recipes (I use the term loosely) in this text from ancient Rome. Since my Latin is a little rusty, I’ve lazily resorted to translations I’m afraid.

There are actually ten “books” in the Apicius writings that (sort of) add up to a complete treatise on cooking. The books are named in honour of Apicius, who was known for his love of fine food, but were actually compiled long after his death. And I think that’s more than enough facts for now.

You need a fair amount of imagination with some of the “recipes” in Apicius: there are few exact quantities given or methods described and some of the ingredients, such as the plant silphium or laser, no longer exist.  So I feel justified in bringing you a fairly free adaptation of an Apicius sauce for duck (or, as Apicius suggests, crane). The sauce might sound odd, but I promise you that it works. If you can’t lay your hands on any lovage, you could use a little finely chopped celery instead.

This is not an Apicius method of cooking duck. In fact, it’s the way I saw Paul Rankin cook duck breast on the TV around 1994 and I’ve used it ever since. This will serve 2.

First prepare the sauce – in fact, you can do this an hour or two in advance. Lightly toast the cumin and coriander seeds with the pine nuts in a dry frying pan. Grind them quite finely in a pestle and mortar. Add the lovage, oregano and dates and pound these into the pine nut and seed mix together with a generous amount of pepper and a little salt. (You can pound as thoroughly as you like, but personally I prefer a little texture in the finished sauce.)

Stir in the olive oil and pour the mixture into a small dry pan. Heat until the mixture just begins to fry and then pour in the wine. Stir and allow the wine to reduce by about a half. Lower the heat and stir in the honey and mustard. Either keep the sauce warm or chill and reheat later.

Serve the duck breast sliced or whole on a puddle of the reheated Apicius sauce. Simply cooked fresh veg is as good as anything else alongside it. 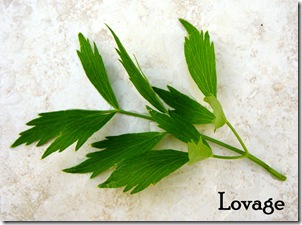