April 03, 2012
I intended this to be short and sweet post about little, spongy biscuits. But I warn you that there’ll be a bit of a Proustian moment coming up.

It all started because I needed cheering up. I also didn’t have a lot of time and I had some odds and ends to use up (notably some ground nuts). So biscuits seemed to be the answer, especially since I’ve had this recipe for Biarritz biscuits lying around for a while. Happily these biscuits are quick to put together (especially if you use a stand mixer) and quick to cook. This isn’t really the classic Biarritz biscuit – for instance, hazelnuts are not normally used as far as I know - but it is a pleasing substitute. Normally Biarritz biscuits are coated in chocolate and sprinkled with coconut. I did coat some of mine with dark chocolate but, for the most part, I like them just as they are. For some reason I’ve never really cared for the coconut sprinkle.

Since I needed a quick boost, I decided to have a few of the biscuits with some ice cream. And that led to the Proustian moment. I was instantly reminded of the time I was in a band back in the 1970s. We rehearsed at the flat of our lead guitarist who for some reason was convinced that his girlfriend was having an affair with the ice cream van man. We all told him he was imagining it and getting paranoid. But every day, when he heard the chimes of the ice cream van, he ran out of the flat determined to confront him. Sadly our guitarist was just a little guy and the ice cream man was built like a brick ice house. So every time he’d lose his nerve and come back with an armful of ice creams instead. We ate all that  ice cream with any biscuit or wafer that came to hand. Eventually, he spent every last penny he had on ice cream and his girlfriend left him anyway. Oddly enough she went off with the ice cream van man. I think that proves once and for all that being paranoid doesn’t necessarily mean you’re wrong.

The whole experience of eating these biscuits with ice cream was so nostalgic that I almost felt like getting the band back together. Until I remembered that we were rubbish. 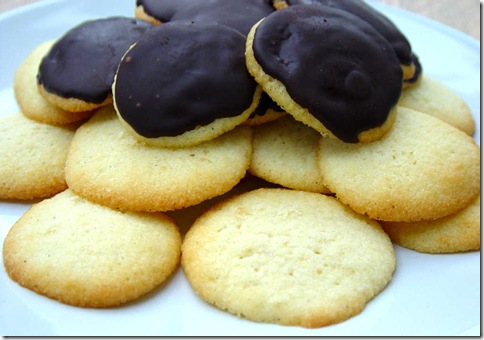 Depending on how carefully you control your spoonfuls, this will make around 50 or 60 biscuits.

Beat the butter until it’s very soft and light in colour. Beat in the nuts and sugar until well mixed. Beat in the vanilla and the egg whites (no need to whisk them first). When the mixture is smooth and even, gently beat in the flour (Don’t overdo this last stage).

Put teaspoonfuls of the mixture onto baking trays lined with silicone sheets or non-stick paper. Try to get the spoonfuls pretty much the same size to ensure a single cooking time. Bake in the oven for between 5 and 7 minutes (the time taken will depend on the size of the spoonfuls). The biscuits should be turning a light golden colour around the edge but should still be pale in the centre.

Once cool, you can coat with chocolate and coconut sprinkles, if you wish. Store in an airtight tin. 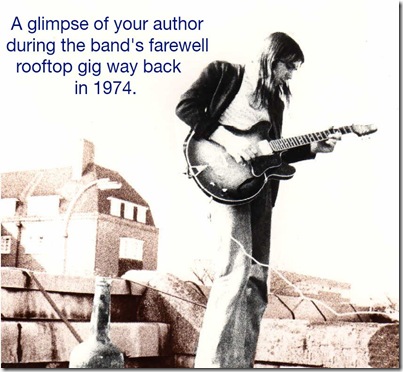