September 12, 2012
For this month’s Random Recipe challenge Dom of Belleau Kitchen has teamed up with the Tea Time Treats Challenge hosted by Karen from Lavender and Lovage and Kate from What Kate Baked. So from quite a small pile of suitable teatime books I randomly grabbed ‘The Sainsbury Book of Teatime Favourites’ written by Brian Binns and published in 1983.

On opening the book at random, I found myself faced with Bolton Flat Cakes. The first thing to say about the flat cake is that it isn’t really a cake in the usual, modern sense. I recently posted a recipe for Eccles Cakes and I hope that I won’t offend anyone in Bolton if I say that these are in the same family (as are Chorley cakes and sad cakes). I was a little doubtful that I’d enjoy these but, actually, I thought they were lovely, old-fashioned treats – like portable versions of the jam tarts that I had as a kid.

I’ve made a few minor adjustments to the recipe, most notably to the filling. Mr Binns used only jam in his filling and that may well be authentic. On the other hand, I’ve been told categorically that traditional flat cakes must contain some dried fruit. So I added some currants and I think it makes them even nicer. The type of jam isn’t specified and I’m sure it’s intended to be whatever you happen to have. Well, I had some of my wife’s homemade marrow and ginger jam and that worked really well.

I’ve halved the quantities of the original recipe to make one cake.

Put the flour and salt into a bowl and rub in the lard. Once the lard has been fully incorporated and the mixture feels a little like sand, then add the milk. Mix together until you get a smooth and cohesive dough. You may need a little extra milk to make the dough hold together, but don’t overdo it. Divide the dough into one piece of 125 g and one of 65 g. Form each piece into a ball, cover and leave to rest for 5 minutes.

On a floured surface, roll out the larger piece until you have a round shape of about 20 cm diameter. Spread the jam over this round, leaving a border of about 1 cm. Scatter the currants over the jam. Roll the other piece of dough out into a round of about 18 cm. Dampen the border of the larger piece and lay the smaller round on top of the jammy dough. Turn up the edges of the larger round to seal up the jammy parcel.

Preheat the oven to 180°C. Place the cake on a greased or non-stick baking tray with the smooth side uppermost. You need to be a little careful turning the cake over, but the pastry should be robust enough to stay together. Use a fork to prick a series of holes in the top and brush with milk. Bake in the oven for around 20 minutes until the cake is a pale golden colour.

The cake can be eaten cold but is even nicer served slightly warm. Cut into wedges and spread with a little butter for extra richness, if you wish. 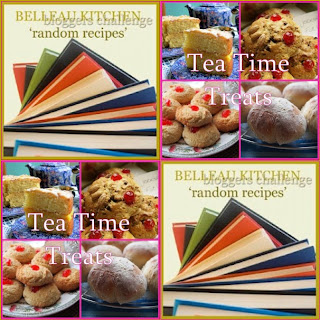