White Chocolate and Honey Coulant with Macadamias and Pistachios

May 27, 2013
I haven’t added any recipes to the blog lately because, due to circumstances being completely out of control, I haven’t cooked anything for several months. I'm hoping that situation will change soon, but for now here’s something that I baked last year and didn't get around to posting.

I'm aware that the world is in danger of disappearing under a sea of chocolate fondant and coulant recipes but they’re undeniably delicious and decadent and there’s still something special about cutting into a little cake and watching the chocolaty loveliness flow out.

This particular version is adapted from a recipe by Pierre-Yves Lorgeoux of the ‘Le Pyl-Pyl’ restaurant in Vichy. I’d love to say that I've been there but I have to confess that I saw it on an episode of ‘Les Escapades de Petitrenaud’ a while ago. It does look to be an excellent restaurant, though, so if you’re ever in the area maybe you could go on my behalf. You can find the original recipe here. 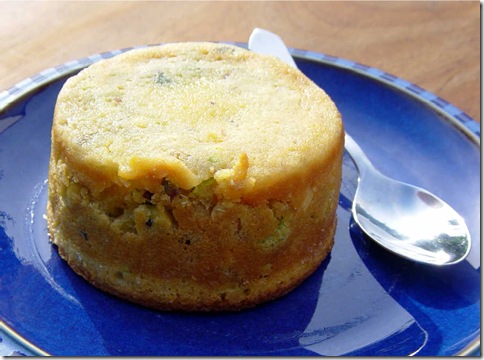 I can still remember the first time I ate a chocolate coulant (or was it a fondant?) on a warm summer night in a little restaurant near the Picasso Museum in Paris. They say you never forget your first time. Ah, it seems such a long time ago now. Funnily enough, that’s because it was a long time ago. 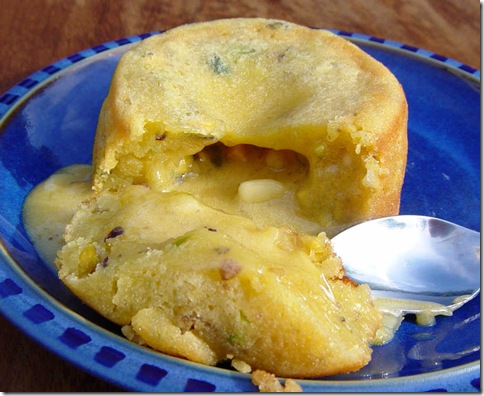 This will make 4 little coulants.

Melt the butter and chocolate together in a bowl placed over simmering water, with plenty of stirring. Set aside to cool a little.

Whisk the eggs with the honey and agave nectar. Once thoroughly mixed and lighter in colour, gradually pour in the chocolate and butter mixture while continuing to whisk. Stir in the flour followed by the nuts.

Pour the mixture into the ramekins and place in the oven for 12 – 14 minutes. It’s difficult to be exact about the timing since I've found to my cost that ramekins heat up at very different rates. You want the edges to be spongy but set and the centre to be very soft without feeling too liquid if you touch it lightly.

As soon as they’re out of the oven, run a knife around the inside edge of the ramekins in case of any recalcitrant sticky bits and invert the coulants onto serving plates. If they seem to be sticking too much or you just don’t fancy the stress, you can always eat them out of the ramekins. It might not look quite so impressive but they’ll taste just as good.

Personally I like these just on their own but they would certainly go nicely with a little ice cream. They’re fairly rich – even I couldn't eat two. Well, maybe not.
Chocolate Dessert France Honey