Spinach is a very useful vegetable to have growing in your garden in my opinion. Even if you don’t have much space to grow a lot of plants, a couple of handfuls of the leaves can be really useful to add to curries, pasta, fish or whatever you fancy. The problem is that if you’re away from home or if you’re just too busy to get out to your plants, then things start to go wrong. Like most vegetables, spinach doesn't take kindly to near complete neglect, especially a lack of watering.

On the other hand, there is a useful little plant that has survived a serious amount of neglect in my veg patch: New Zealand Spinach (tetragonia tetragonioides). It might not be as prolific or as large as conventional spinach, but any vegetable that can survive both drought and my incompetent gardening has got to be a good thing. 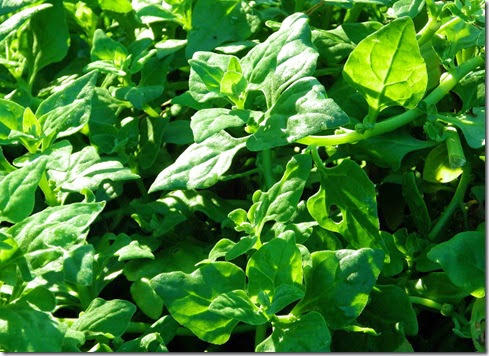 You may know this plant by a different name. For instance, in Australia and New Zealand I'm told that it’s known as Warrigal greens. In France it’s called tétragone and elsewhere it’s sometimes called sea spinach for reasons that I don’t really understand. Whatever you call it, though, it really does taste and behave like spinach once cooked.

If you're not familiar with this plant and you might be tempted to try growing it, here are a few things I've discovered about New Zealand spinach that the seed packet might not tell you.

While I've got my battered gardening hat on, I feel the urge to mention chervil again. It’s not that easy to find on sale in supermarkets but it’s a useful, decorative and easily grown herb. Some of last summer’s plants set seed in my garden and, as a result, some young plants survived the mild winter and are producing an excellent spring crop. 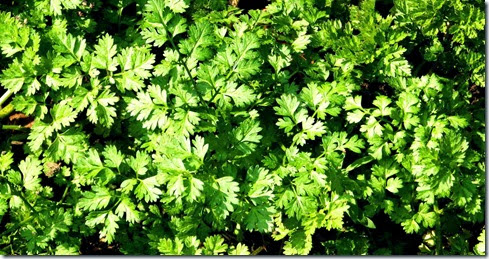 Now I really must get around to cooking something.
Vegetables