May 23, 2019
If you've had the misfortune of following this blog for some time, then it's just about possible you may remember that I've wittered on about nonnettes before. But it's nearly 5 years since I last featured them and, since they're one of my favourite cakes, I don't feel too guilty about wittering on again. After all, imagine how bad you'd feel if you went to see a band and they only played new songs and none of their hits. (It felt pretty bad, actually, but let's not go there).

This version started when my wife was given a jar of local honey produced in the spring. (I admit that my knowledge of honey is minimal at best). This honey is light in colour, less intense than a high summer honey but with some lovely, subtle flavours and I wanted to use it to produce a lighter and fragrant nonnette with some of the flavours of early summer.

I made 11 relatively large cakes with this mix using friand and medium-sized muffin tins. If you choose a small muffin tin, you'll get 15 or more cakes but remember to reduce the amount of jam per cake as well as the cooking time. Whatever tin you use, though, make sure that you butter it carefully because the honey makes these cakes very sticky as they bake. 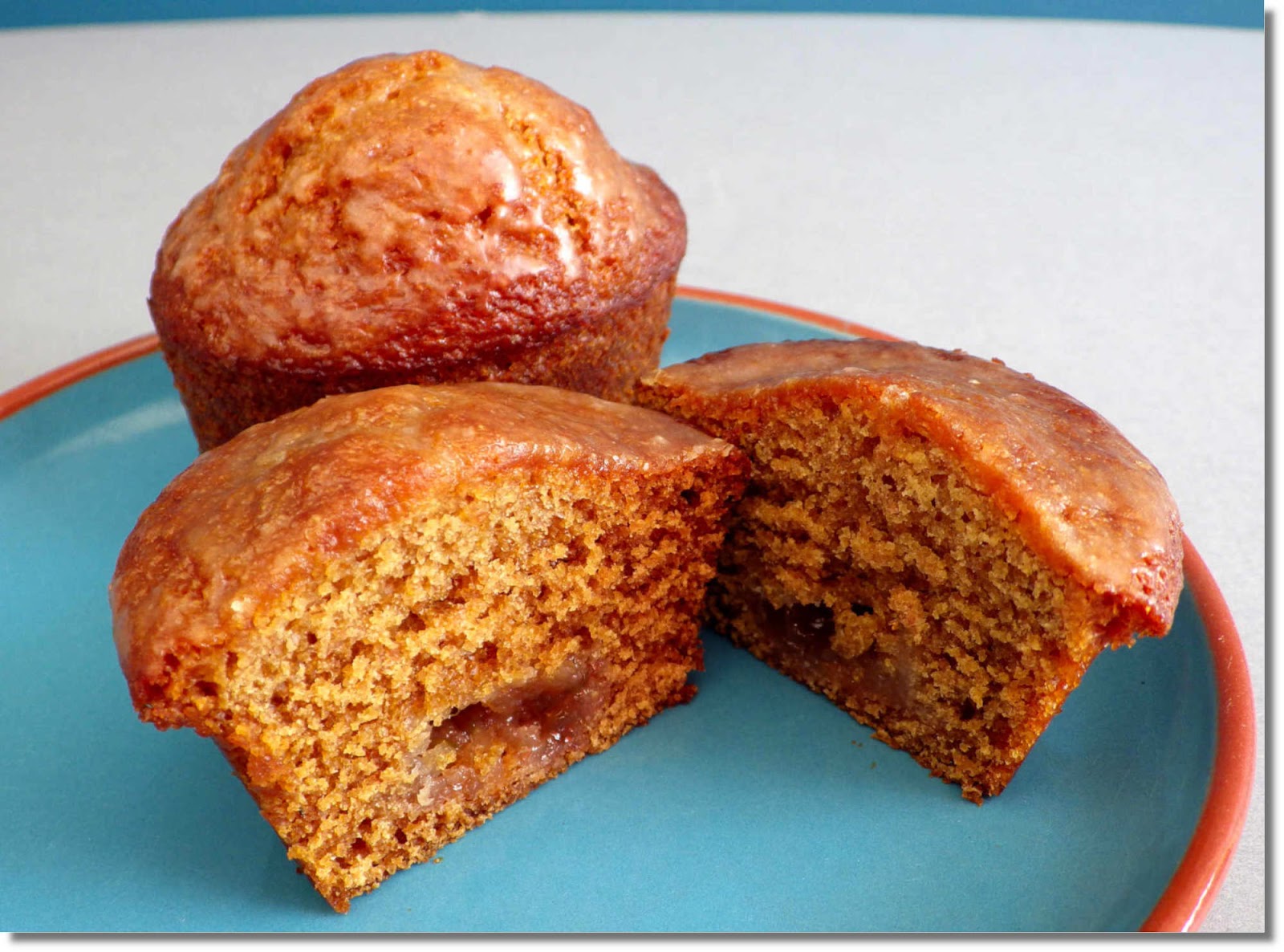 And for the glaze:
4 or 5 tbsp icing sugar
Elderflower syrup or cordial and lemon (or lime) juice

Put the honey, water, milk, sugar and butter into a saucepan. Heat gently, stirring frequently, until the butter has melted, the sugar has dissolved and the mixture is smooth and uniform. Take off the heat and set aside.

Mix together the flours, baking powder, bicarbonate of soda and the lime (or lemon) zest. While the honey mixture is still warm, sieve the flour mixture onto it and whisk the two together until smooth. Put the mixture into the fridge and leave it there for at least an hour until thoroughly chilled.

Preheat the oven to 180°C. Spoon the mixture into thoroughly buttered tins until they're somewhere between two-thirds and three-quarters full. Place a teaspoon of gooseberry jam on top of each nonnette. Bake for 15 – 17 minutes until they're golden brown and spring back when pressed gently.

While the nonnettes are still warm and in the tin, combine the icing sugar with a mixture of a little elderflower syrup (or cordial) and lemon juice to create a thin icing. Pour the icing over the nonnettes or, better still, spread it on with a pastry brush. The idea is to create something resembling a thin sugar glaze rather than an iced cake. Allow the nonnettes to cool before removing them from the tin.

Nonnettes keep well in an airtight tin but will also freeze very nicely.