Something Fishy from Dieppe 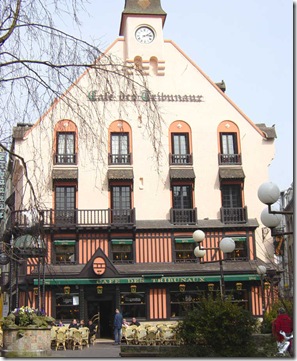 I found myself thinking about Dieppe the other day  (I mean the one in northern France). I've spent a fair amount of time there over the years and it’s a town with a lot of good memories for me. Not surprisingly a number of those memories concern seafood.

So I put together this simple fish dish to remind me of the place. This is not a Dieppoise dish – anything labelled ‘à la Dieppoise’ would normally contain mussels and possibly other shellfish. On the other hand, some of the flavours in this dish are influenced by (or pinched from) the far more complex dish ‘Marmite Dieppoise’, which is presumably still served up in the restaurant of the same name.

If you don’t know Dieppe but find yourself in the area one day, then try your very best  to catch the superb Saturday morning market that spreads itself through the main shopping streets of the town.

I think of this dish as a fish stew that produces a fair amount of sauce for soaking up with bread. On the other hand, you could argue that it’s actually a very chunky soup. It can be made into something that more closely resembles a classic seafood soup with only minor changes (see the end of the recipe). This should feed 2 as a fish stew and probably more than that as a soup. 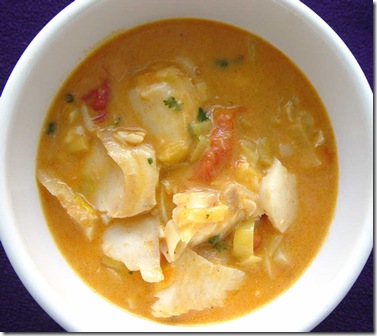 2 small or 1 large leek, finely sliced
1 fennel bulb, finely chopped
2 garlic cloves, finely chopped
200 g peeled cherry tomatoes (a can is fine if it’s the wrong time of the year)
Around 500 g or 2 fillets of white fish – I used pollock and lemon sole
100 ml white wine
25 g butter, plus extra for frying
2 tbsp flour
¼ or ½ teaspoon of mild curry powder, depending on just how mild it is
½ tsp paprika
2 tsp finely chopped chervil (use parsley if you don’t have chervil)
2 tbsp crème fraîche

Check the fish and remove any bones that may have been left in. If the fish is firm and thick enough to stay in one piece, then remove any skin. If you’re using thinner or more fragile fish, then keep the skin on until later in the recipe. In a pan that will be large enough to take the fish side by side, slowly soften the leeks and fennel in a little butter and olive oil without allowing them to brown. Add the garlic and continue frying gently for a minute or two.

Lay the fish fillets on top of the leeks and fennel and add the wine and enough water to almost cover the fish – around 400 - 500 ml would be ideal but obviously it will depend on the size of your pan. Cover the pan and simmer gently until the fish is just cooked through. How long the fish will need depends on the size of the fillets, but around 5 – 6 minutes is usually enough time. Remove the fish as soon as it’s cooked.

In another pan, melt the 25 g of butter and stir in the flour to make a roux. Pour the poaching liquid (including the leeks and fennel) gradually onto the roux, stirring all the time. If you used more than 500 ml of water when poaching the fish, then don’t add all of the liquid. Simmer gently for 15 minutes, stirring regularly. In the meantime, remove any remaining skin from the fish and break up the flesh into random-sized flakes and chunks.

Stir in the curry powder (use the larger amount if it’s a very mild mix), the paprika and chervil. Season with salt and pepper and stir in the crème fraîche. Simmer for another 2 minutes. Gently stir in the fish and allow it to heat through.

Serve with simply cooked new potatoes, a green salad or steamed green vegetable and, most essential of all, some crusty bread. Perhaps a glass of Normandy cider might go down well, too.

If you prefer a soup rather than a soupy stew then flake the fish into smaller pieces and use a hand-blender to liquidise some of the leek and fennel before putting back the fish. 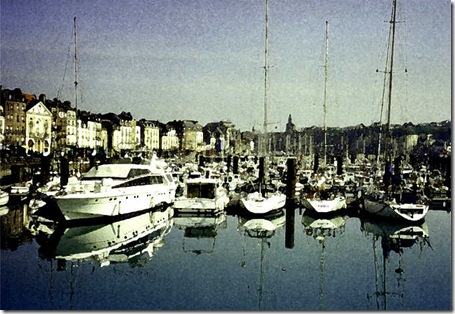